Dahlias are magnificent delights that look wonderful in flower beds and bouquets. They are rewarding plants that flower profusely in late summer and well into the autumn. For earlier flowering, you can start growing them indoors in the spring.

Dahlias can be grown from seed, but to ensure a robust plant with abundant blooms, you can grow them from tubers, which is the part of the dahlia that grows underground. You can plant these indoors in April to get a head start and a sturdy plant to put outside. 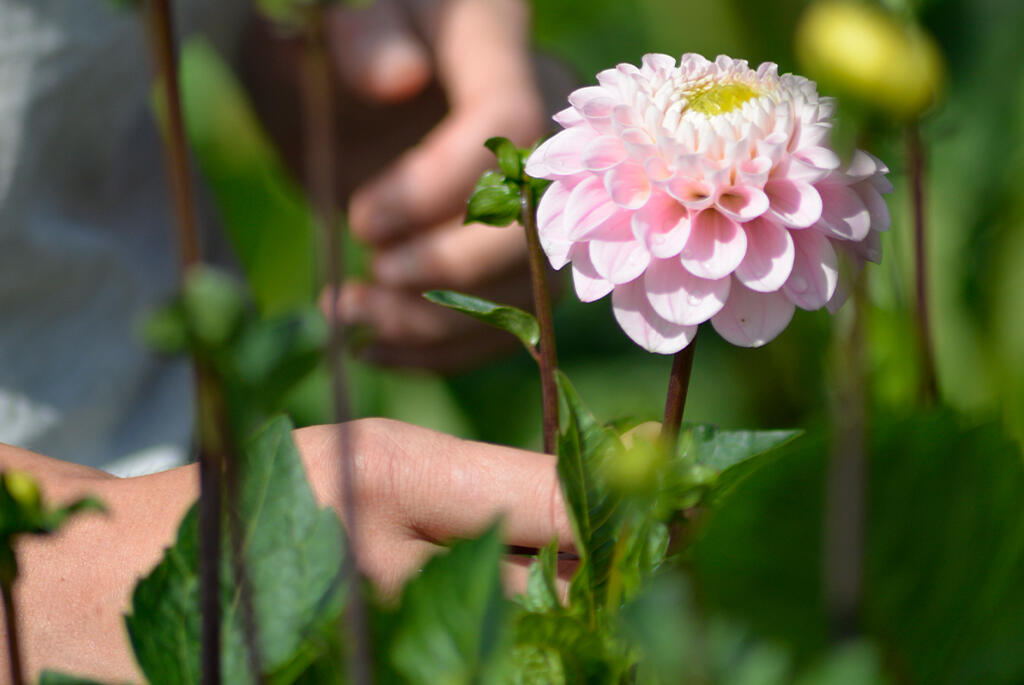 Start by feeling the tubers. They should feel firm, rather like a potato. Even if the tubers feel dry, there may still be life in them – so try growing them anyway!

You can grow the tubers in small plastic bags, milk cartons or pots. Fill the pots or plastic bags with a little soil and insert the tuber. Add a layer of flower compost, put the tuber in and top with a few more centimetres of soil. Leave in a cool place and after a month or so there will be a plant looking up towards the light, with a well-developed root system.

If you bought new dahlia tubers, it may be a good idea to grow the tubers in the plastic bags they came in. It is important to put drainage holes in the planting container and not to water too much before the tubers have developed their first roots, known as suckers. Without these, the tubers cannot absorb water and therefore rot easily. If you start the tubers in plastic bags, in a few weeks you will be able to see suckers at the bottom of the bags. This means you can now start watering a little.

If you overwintered and got really big tubers, you can divide them in the early spring. When you divide the tubers, each tuber must have an eye, i.e. a shoot. You can cut off the old suckers, new ones will form.

If you divide the dahlias and you are left with a cut surface, it’s a good idea to let them dry at room temperature before planting them in soil. If you immediately plant them in the soil with a freshly cut surface, there is a high chance that the tubers will get mould. 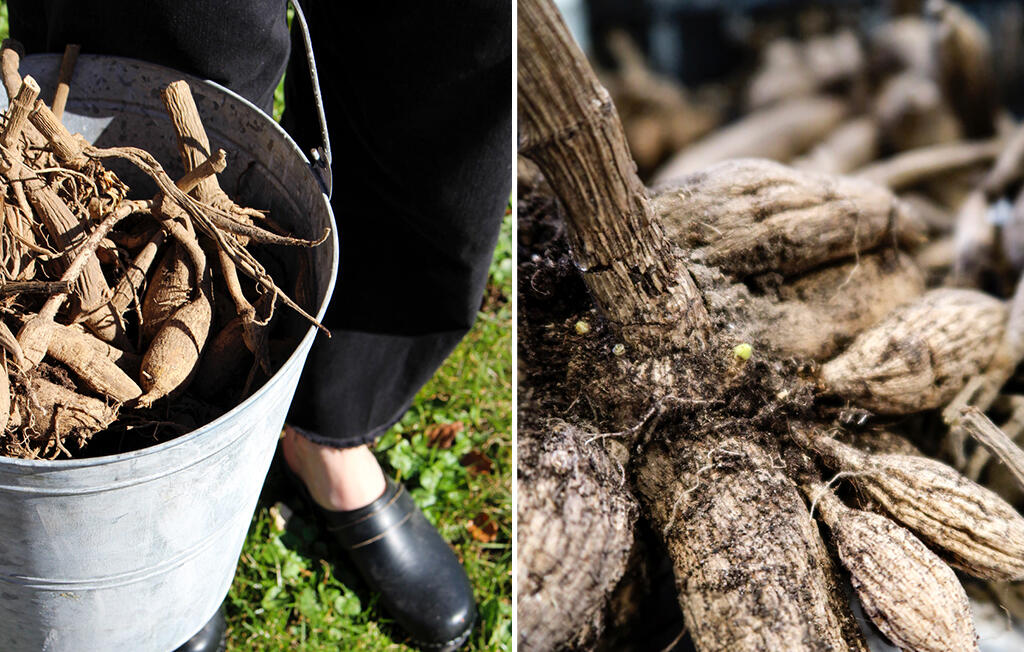 When the tubers have taken root

Once the tubers have started to grow, they should be placed in a cool and bright place, which will prevent them from shooting upwards and help them to grow into dense and healthy plants.

If you want the plants to branch out more, you can also prune them. Don’t throw away the top, this makes a perfect cutting. Put it in water or soil so it can take root.

If you are prepared to wait a little longer for flowering, plant the tubers directly at the outdoor planting site after the last night frost. Plant them about 10 cm deep in the ground, with a planting distance of 50–75 cm depending on the height of the variety.

If you have already started the tubers indoors, the plants need to be hardened off – gradually get them used to the outdoors for a few hours a day before planting them outside. The plants are not frost hardy, so you often have to wait until early June to plant them outside.

Tip! Dahlias are very sensitive to frost. If the plants are touched by frost after you have planted them at the planting site don’t worry – they will probably grow back as only what is above ground will have frozen.

In flower beds or containers

If you plan to keep your dahlias in a pot or basket, it is important to choose well-fertilised potting soil. It is also a good idea to add a layer of leca balls at the bottom for drainage.

Make sure to water and feed regularly during the summer, as the plants will grow very rapidly over the season. Whether the dahlia is in the ground or in a pot, it is wise to remove wilted flowers and also take the opportunity to cut flowers for bouquets to stimulate more flowering. Taller varieties often need to be supported in the middle of summer. Dahlias can survive the first frosts if they are covered with fibre cloth, but they give up completely when the temperature drops.

If the tubers are to be saved for next year, you should stop feeding the dahlia as early as September. Once the frost has touched the plant, it’s time to dig up the tubers, as they can’t overwinter in the soil in our climate. Leave them to dry, remove any old parts of the plant and divide any large tubers. There are several ways of storing them, but the main thing is that the tubers are stored in a frost-free, dark and dry place. After a while you can add some peat moss or sand, but it shouldn’t be too wet